I blindly reached out for a book, then flipped to a random page and my finger found this. In A Treasury of Yiddish Stories, this one called “Devotion Without End” by I.L.Peretz.

“Reb Chiya used to say:’One might imagine that a man’s true character could be discovered in his eyes. The soul lies imprisoned in his body, and the Creator of the Universe, in His infinite mercy, has built two windows in the walls of this prison.These are the eyes, and through them the soul looks out upon the world and may, in turn, be seen by the world. But these windows, alas, have curtains; and a man whose soul is flawed tries to keep it from sight…  and just when the soul is ready to be seen, he lowers the curtain, presumably from modesty.’ ”

Like the wine dark sea, like a very large glass of dark beer- the words of this Rabbi are  very deep. We don’t often look so deeply into someone’s eyes that we really see them. When looked at in this fashion, our instinct is to look away, and avoid extended eye contact. Why? 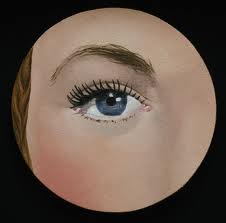 If they really saw right into you, or me, then all our secrets would be revealed. Every petty hope and huge fear, harebrained scheme and inappropriate daydream. What doe this have to do with the price of tuna in Islamabad? Hard to say, but since I am Zamboni I shall tell you no problem.

Lower the curtain and your soul comes though.

One thought on “Non-Sequitar for this Monday”