“So we beat on, boats against the current, borne back ceaselessly  into the past”

This is asked today by a reader in Paris, Tennessee.

Dear Reader, thank you for  asking this cunundrical question. Nick Carraway says that Jay Gatsby is the most hopeful person he has ever met. He says that the smile of Gatsby, much like the smile of Zamboni, lights up  the room and makes the receiver of the smile feel truly and completeley known and accepted. And yet, the story has a tragic twist and turn, and ends with this sentence that seems to say “you can’t escape the past..” Is Fitzgerald being hopeless with this last line? Or Stoic?

Zamboni is a bit of a Gatsby, truth be told. We all are Gatzbies, old sports. I Zamboni, is guilty of bragging a bit about “my Yale years” when in truth I only delivered several pizzas one fall to the Skull and Bones Society while I worked for Frank Pepe’s Pizza Napoletana. I was fired by Pepe for absconding with a large white-clam pie . When several angry Bonesmen called to complain, I was summarily dismissed.

As I was saying…as much as we in this my adopted America long for the future where we remake ourselves in the image of our dream- there is some current that seems to always draw us back. I ‘spose this is my answer- that what Fitzgerald is showing us is ourselves. That we are like fruits. Lots of delicious wonder but deep inside lies the seed of origin.

Our child blooms towards the sun in the future, but some scar inflicted in the past holds them by the throat. Our nation grows toward equality and peace, but then reverts to the savagery that was around at it’s birth. Bruce Springsteen might say simply- one step up and two steps back. 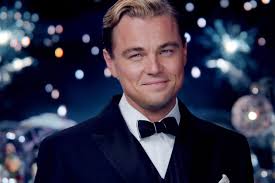