This serious and timely question comes from Susan K,  a very longtime and almost dangerously devoted fan of myself who is the one called called Great Zamboni. She even carves little Zamboni figurines out of gulf shrimp. Sooo totes cute!

How I wish someone in that Parisian club had had a side arm on and killed those shooters before they did what they did. Does that make Zamboni part of the problem? Impossible!

How can we keep crazy angry violent people from having guns, indeed! Such an important question my goodness. Because even people like myself, on the No Fly list, can get guns! (Don’t worry I am not on this list due to profiling against Estonians, or immigrants or because of ties to terrorists. Zamboni is on No Fly list because the depth of my brain alters the gravitional pull of the plane making it VERY dangerous for me to fly. So I drive everywhere.)

The answer goes to the heart of what is wrong with America. And what is right. but first, a story. My grandmother used to tall me this story about the old days in Estonia: There was shepherd named Goorin who could never keep his goats alive. One by one, they’d be picked off by a group of especially rabid coyotes. This saddened him to no end and made his financial woes substantial as he was not diversified like the other peasants who had a few beehives and made bricks from cow shit. One day he went to the town elders to ask, “why do my goats keep dying, oh old sages?’ The eldest one looked at him and said, “because, you asshole, your land borders Rabid Coyote Gulch- it isn’t rocket science! Move the goats to a different place!”

Goorin moved his goats far from Rabid Coyote Gulch and all was well. Still an occasional goat was killed, but better.

My point is this, we live in a country filled with guns, and there always be some guns. Our whole country is Rabid Coyote Gulch. In fact now, almost the whole world is. We can’t change that. But we can make some small changes. Over time. Susan you have answered your own question; ” I am calling senators and representatives and I am writing letters and still nothing appears to change”,  but change happens much too slow to see it changing. The people who fought and died for civil rights, for the right to vote, for freedom- often in their lifetimes they see nothing of change. It takes time.

The question is, how many of us will fight, will dedicate our lives to this fight? And will that amount to a great movement? To a million-person march on Washington to curb gun violence? How much will we really risk to fight this?

The NRA is winning not because the world is a bad place or there’s no justice. They are winning because they are organized and funded and tireless and devoted to this one cause, and only this cause. They say that you can’t protect freedom by taking some freedoms away. I see their point.

Another obstacle is guns are fun and often useful. I’m glad George Washington had muskets. I’m glad Zamboni can blow off steam at the gun range. 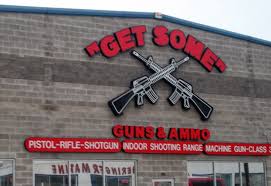 But it isn’t rocket science. Now that google knows everything about everyone, it shouldn’t be hard to bar those with mental illness or ties to terrorism from having guns. And no hunters I know use Machine Guns or Ar-15s to hunt (except some crazy Shiek I met once who hunts Swans)

So: lengthy background checks and renew the license every year. And about the assault rifles: Military only!

So the answer to your question is, keep making noise. Keep writing letters, but until people on your side have a similarly focused NRA type of organization, it aint gonna happen. (but there is some good news below, from today’s news!-

“Against the wishes of conservative Justices Antonin Scalia and Clarence Thomas, the Supreme Court rejected a challenge to a Chicago area ban on assault weapons and large-capacity magazines for ammunition, dealing a major blow to the NRA.”

And in truth, there is no us or  them. We all want the same thing: safety and security. We just disagree of the path.