Hello friends, from tonight’s show, I the Zamboni answered many questions, these were two in case you were not there:

Q:Oh Zamboni, what should one do when they turn 21?

A: Ah yes, a practical and interesting question. Go to a bar and get shitfaced with at least 8 drinks. This is for many reasons. You don’t want to be 4o and someone asks, “what did you do when you turned 21?” and you can’t really remember anything cool. Also, you want to exceed with excess.. the pain of the hangover will prevent you from over-indulging in the future. Milestones are important, turning 13, 16, 21, 40..50 etc..

Each one gets sweeter, because like my Grandmother Scretlana used to say when asked “how are you?”; she’d growl, chewing on her pipe, “not dead, thanks for asking.” You see? So go ahead, make a big deal out these things which are “arbitrary” or “random”… Yes, who the hell really knows when Christ was born, has anyone seen the birth certificate? But that doesn’t make Egg Nogg on Christmas any less tasty. Right?

Thank you to my audience, and here’s a review of the Zamboni show, playing till Aug 10th. 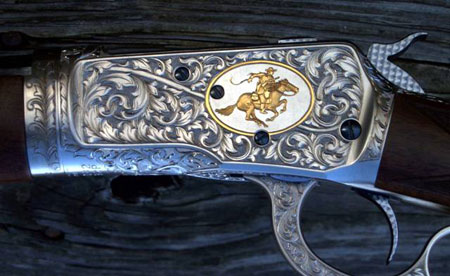 Yes, of course. Many things we in the olden days thought would not change have changed and now we look back and say, like “duh!” yes women should vote, of course the weekend should be two days not one, yes children the age of 9 should not work 12 hour days in dangerous mills..

But at the time, that was “how things were”.

But some things do not change. There is an old Estonian saying, “you can take the goat out of Estonia, but it still eats grass.” Your country, this great America, has in its DNA much lonliness, rage, violence, emptiness of plains and emptiness of heart. Emptiness must be filled. Americans love their guns, but even more they love freedom, and one of those freedoms is to have gun. Back in colonial times, it means that the Brits couldn’t push us around. In WWII it means that Hitler could not push us and the Brits around. But now a lonely person can have gun to push others around because they too feel pushed around.

Once I learned to shoot a gun at a target range in Vegas. I loved it. It felt like nothing i’d ever done and it was powerful. It didn’t feel violent or dominating to me. It felt clean, like holding on to a bolt of lightning while it strikes. Silence -then great noise- then even a deeper silence.

Many of us look for causes and logic when violence happens-it’s the movies, it’s technology, urban sprawl, disconnection, etc…

No. Maybe some yes, but mostly no. Once ten years of bloodshed began because of a pretty face. It’s pretty logic-less.

Yes, in 50 or so years the laws will change. Human nature, no.

http://www.esquire.com/features/obama-lethal-presidency-0812-5 (This may take your mind off Colorado, but here Barack is the killer, and he’s acting with much thought. Is that better?)

Hello friends, I am ready for week two and hope you are too.

The first weekend of my show went as smooth as, like we said back in our Estonian College days, “Epicak through a new Phi Delta pledge”. Yes there were some probing questions asked which challenged I, the Zamboni- “when will my pizza be ready” was a toughie for sure (“soon“) and also “Is Zamboni married” was crazy tough, I couldn’t remember! (“No sadly , I am married to this damn grind of world touring Zamboni!”) and I look forward to your queries this week.

See you at the theatre, bring seven friends, and drink lots of beer, it improves the show! But most of all, bring your burning questions.

Now before I leave you, I want to share something. A few months ago, I was in New Orleans, on Frenchman St at 3:00am.

far from being dead, the street teemed with light and life. There was a young woman dressed quaintly in white bucks and a colorful gypsy skirt, with cute librarian glasses. She had a sign on top of an old red Olivetti type writer, “poet for hire” I sat down next to her. She asked for a theme, and then she began tapping keys:

wants to be a tree

each of us on our own

we’re going our own way

be stars when we grow up

when we meet again and blend

Life- it requires your own brilliant light to work!

Why do we get old? and The Woodchuck question….

Remember fans and friends, my spectacular show AN EVENING WITH GREAT ZAMBONI opens in previews this Thursday at Impact Theatre in Berkeley, come and enjoy!

These 3 real queries came from you audience, and I have spoke.

1) My brother is never returning my calls, what should I do?     Z: Stop calling over and over, its annoying.

3) Zamboni, what do you think of veganism?

Z: Easy! Two women loving each other, nothing wrong with that.

Hey, I wish they were all so simple. Remember folks my LIVE SHOW opens in one week! http://www.impacttheatre.com/

Marine Executive Officer Saba Safiari came here as a child from Iran, raised by a single mom all his life they fled a war that seemed to last forever with Iraq and when he grew up he joined the Marines and Ultimately joined back up with a company and country  fighting…. Iraq -his mother was not thrilled but he answered a calling, ” I led three missions to Iraq, 75 guys in each company and I brought them all back alive,” this he told to the football players I work with, “you know when the first time I saw my dad was?….. two years ago at a gas station, and you know what I said?…” he said later for you and split, and he was telling this to the players and his point I think, one of them was, don’t make excuses, don’t complain, you want something it’s in your power to reach that goal- this is what comes to mind on Independence day- not that we do things alone, no, we need family, company, friends, battallions, but for gods sake, we also need INDEPENDENCE.

“How do we know if we really like our pals or if we just think we do?” This question comes  from Susan K. (Palmettah)

A good question, and simple to answer. Lets say you have nothing to do in the evening after a long day of working at the glass factory or baking prune danish. You are going to watch important  game on TV and eat the wings of  buffalo, but you wish not to be alone.. In  short you want to be around not  just a friend you can talk to, but more importantly- one you can be quiet, even silent with.

Today we have too many friends, way too many. We “like” everything from Walmart to Emily Dickinson (how did she make her facebook page from Death?) but I, great zamboni say, we know we truly like a pal when we want to be around them even when we are quiet and not our best. We like them when they make us laugh and laugh at our jokes. When they don’t ask us how our work is but how our soul is. (not directly of course and always after a few beers)

We think we like those that impress us, make us feel stupid, make themselves seem more important than us. We don’t.

I have spake, what do you think?